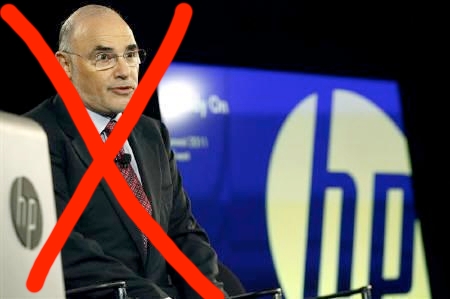 HP today announced that its board of directors has appointed Meg Whitman as president and chief executive officer.

In addition, Ray Lane has moved from non-executive chairman to executive chairman of the board of directors, and the board intends to appoint a lead independent director promptly. These leadership appointments are effective immediately and follow the decision that Léo Apotheker step down as president and chief executive officer and resign as a director of the company.

“We are fortunate to have someone of Meg Whitman’s caliber and experience step up to lead HP,” said Lane. “We are at a critical moment and we need renewed leadership to successfully implement our strategy and take advantage of the market opportunities ahead. Meg is a technology visionary with a proven track record of execution. She is a strong communicator who is customer focused with deep leadership capabilities. Furthermore, as a member of HP’s board of directors for the past eight months, Meg has a solid understanding of our products and markets.”

Whitman said, “I am honored and excited to lead HP. I believe HP matters – it matters to Silicon Valley, California, the country and the world.”

Speaking on behalf of the board, Lane said, “We very much appreciate Léo’s efforts and his service to HP since his appointment last year. The board believes that the job of the HP CEO now requires additional attributes to successfully execute on the company’s strategy. Meg Whitman has the right operational and communication skills and leadership abilities to deliver improved execution and financial performance

This website uses cookies to improve your experience while you navigate through the website. Out of these, the cookies that are categorized as necessary are stored on your browser as they are essential for the working of basic functionalities of the website. We also use third-party cookies that help us analyze and understand how you use this website. These cookies will be stored in your browser only with your consent. You also have the option to opt-out of these cookies. But opting out of some of these cookies may affect your browsing experience.
Necessary immer aktiv
Necessary cookies are absolutely essential for the website to function properly. This category only includes cookies that ensures basic functionalities and security features of the website. These cookies do not store any personal information.
Non-necessary
Any cookies that may not be particularly necessary for the website to function and is used specifically to collect user personal data via analytics, ads, other embedded contents are termed as non-necessary cookies. It is mandatory to procure user consent prior to running these cookies on your website.
SPEICHERN & AKZEPTIEREN
Mastodon